You are here: Home / Uncategorized / Cricket – It CAN be intresting when it’s tied to Air fares…

Leather ball on wood. Nothing like the sound of it. 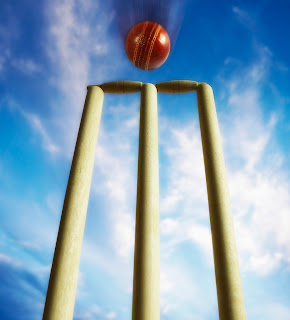 Actually, it bores the hell out of me (that it can be painful if you miss the ball, and it lands somewhere else, but that’s another blog entirely.)

However, BA and Qantas decided in the spirit of “The Ashes” (an age old Cricket Series between England and the Australians) to have a little fun with this to drive sales, and set the fares based on the Second Test (2nd match) and the First Innings (1st time each side gets to bat), with the scores meaning different things.

Now, if we’re blunt, England are known to collapse at the first sign of an Australian bowler. However, for once the England team held their nerve scoring 425 runs all out, and Australia collapsed for a change, scoring 215 runs all out.

Let me translate that for you.

Qantas and British Airways were offering a total of 850 seats for £215 LHR-SYD RETURN.

… and amazingly – I scored a ticket with BA!

So yes – stand by for a trip report on the worlds airline!