You are here: Home / Uncategorized / Your next flight to Dante’s Inferno – Operated by Air Austral

The Airbus A380 – Sometimes called a WhaleJet or a BlunderBus, it does have redeeming features in the carriers that have so far implemented it – least of all in First, Business or even down the back where there have been innovations throughout.

However, Airbus quote a theoretical 853 ultra-dense all Economy layout of an A380 as the maximum design limit.

Well it seems Air Austral is going to take up with a passenger payload of 840 all economy seats which was confirmed at the Dubai Air Show (and first reported in January this year).

Here’s a computer rendering to make you boggle. 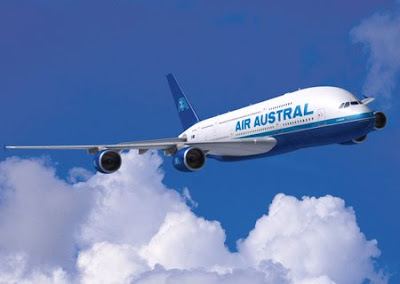 It’s a case of “Built it and hope they will come”.  Whilst we can wish them the best, I have questions if they can actually fill a A380 over that route, least of all with a stop in Reunion, and make it pay with Economy Class tickets only.

There’s not much more to say than… ouch?