Two bits of British Airways news seems to have come to the fore:

It seems BA has given up trying to sell this horse, and instead are going to flog it into some work by opening up a new route – Orly to Dulles, believing there is room in the premium market to make the service work.

As usual, the route will be plyed by a Boeing 757 across the pond, with both flat beds and recliner seats – which along this hop compared to other operating companies may make a better option for those who want a bed.(United and Air France – both from Paris CDG).

The service will be 5 days a week – so plan accordingly (Doesn’t operate Tuesday or Saturdays in either direction).

After scaling back from JFK and AMS, this is good news in an attempt at expansion. Let’s hope it isn’t met with scaling back….

I’ll let some of the pictures do the talking – but who cares about the seat and the rest of the suite? Pictures of Rachel Weisz you want – then that’s what you get! 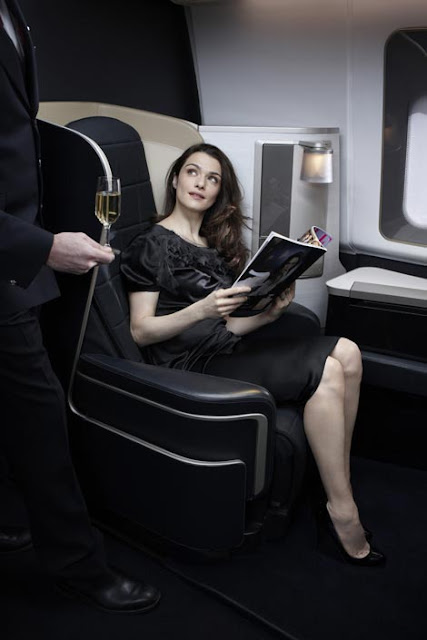 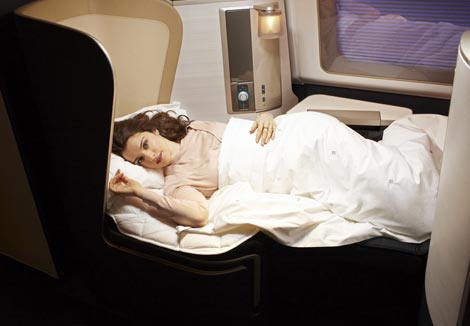 There have been improvements to the product, and its been rolled out on 1 x 777 (meant to be plying LHR-JFK, but can be seen going to ORD if it’s a bit snowy on the east coast), and is being rolled out to fit on a 747-400, with fleet deployment happening very slowly.

Like a lot of BA’s product, it’s evolutionary, rather than revolutionary. Still – it’s good to see investment in these crap times.