You are here: Home / News / JetBlue and Delta allow electronic devices at all stages of flight

After yesterday’s news where the FAA allows certain electronic devices to be used in all phases of flight, both JetBlue and Delta are out of the gate first. 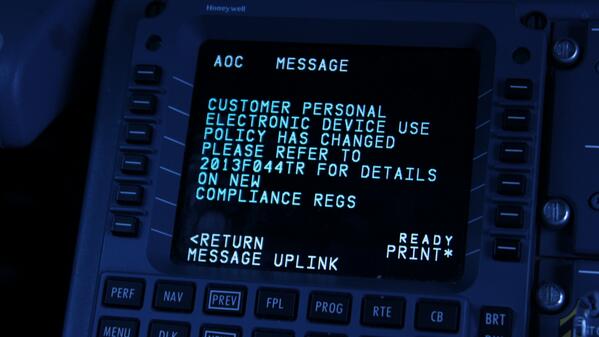 Meanwhile, Delta has posted the following on their Twitter feed:

They have also released the following advisory to flight crews and attendants:

Delta’s Instructions to flight attendants: Image via RunwayGirl Network. Note different destinations have different rules – this could get confusing quickly.

This makes Delta Mainline and JetBlue the first operators who are now allowing Personal Electronic Devices during all stages of flight.

There is a lot of work for some airlines who have yet to get their paperwork in order or can meet the standards, so expect varying rules for different airlines (and those who operate “express”/regional feeds) for quite some time.

Still. It is safe to use approved electronic devices for all stages of flight on Delta and JetBlue flights now…