You are here: Home / Trips / Honolulu / Book it Danno! The joy of British Airways Rebooking…

Book it Danno! The joy of British Airways Rebooking…

Honolulu was a wonderful place. The problem being from a time zone 10 hours in a different direction to where you normally are in the world is that you wake up at odd times.

So at 5am in the morning Honolulu time, I was wide-awake again.

So what’s the first thing I reach for? Of course – it’s my laptop. I had other fish to fry back home (so I needed to remote into a server to do some work), but I also spent time looking at my mail.

And then I saw an email from British Airways. That’s never any good when I’m down-route on a trip.

And lo – it was exactly what I feared – a schedule change had landed – which threw the entire tier point run into jeopardy. 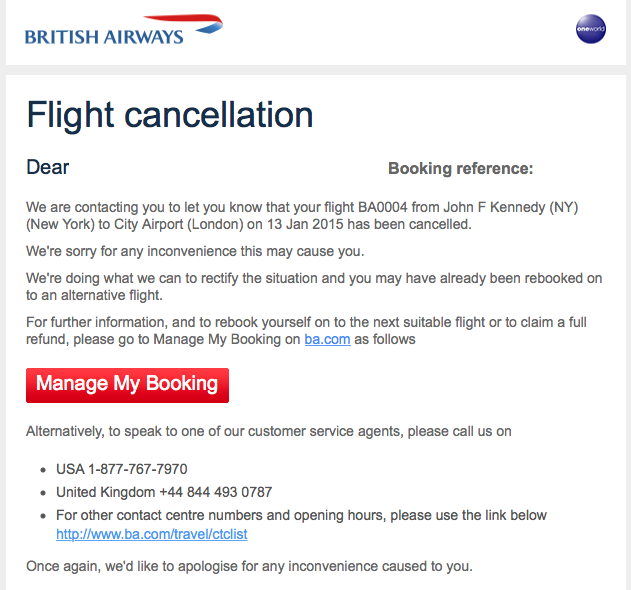 Digging into the schedule change came up a flight option that was… well – from a Tier Point runner’s perspective – awful… and a comfort perspective… unwelcome. You can guess my reaction. And it was full of the expletives you know and love.

After calming down… I rang the BA Gold Line in a vain attempt to get as much as of the original scheduled re-instated.

And there was a problem.

Firstly, British Airways gave a vague “promise” was given that if I flew the new itinerary, at Gold renewal time the changes would be taken into consideration to my Gold membership.

A promise like that is only worth the paper it’s not written on – I passed on that.

They managed to reinstate the itinerary so I would fly that night to Phoenix, and switched me onto the operating British Airways BA002 flight – to get between Phoenix and New York-JFK, I would need to fly economy class and take a voluntary downgrade to fly that flight as US Airways had “sold” (or more than likely US Airways had upgraded someone) the First Class seat I was booked into.

The next seat with a “free” first class seat was on Thursday, which would misconnect with BA002, getting me back to the UK on Saturday.

Considering this would add FOUR DAYS of extra expenses on the bill, I skipped this and took the voluntary downgrade.

So, the only way forward would be: I’d be taking a net loss of 140 Tier Points, but I’d be home on time. More importantly, whilst the connections at JFK would be tight – they would still be legal meaning I could make BA002 with time to spare.

Reluctantly, I took the hit, and chalked it up to experience. At least this revised itinerary would get me the points I needed, and the timings were almost suitable. As I was chatting to BA, dawn was breaking over Waikiki Beach.

Meanwhile as I was chatting to the agent whilst he was trying to fix the ticket, I realised that any connection that I forgot to book on the way home from Dublin (as I was planning to drop the final leg on the way home) would result in a change of plan.

Thankfully, having a battle pile Avios exist for a reason, and whilst revenue fares were clocking in form £100 with Aer Lingus to Birmingham, or €326 to Heathrow, Avios remain a good option thanks to reward flight saver… which reduces a business class ticket to 9000 Avios and £8. The revenue fares were starting at €326 (two days before taking the flight). The reward flight saver seats as you can see are substantially cheaper. Besides, I had earned that much Avios in just one flight earlier… so for £8 all-in, I wasn’t moaning.

Even throwing in the cost of trains to get from Heathrow back to Birmingham – I took the hit.

Two hours on the phone, and all the tickets were re-issued and re-routed. Another 10 minutes later, a reward flight saver was booked as well.

With that done, I rushed down for some breakfast and enjoyed my final day in a Paradise of sorts. Did I mention I hate re-bookings?

Of course – I though this would be the end of the pain of the trip.

How wrong I would be.

Next: US Airways US693 to Phoenix