You are here: Home / Business of Aviation / FlyAtlantic makes a splash – but can this work?

FlyAtlantic has been making the news rounds today as they come out of its sleeper state and start to gear up to offer services, starting in the Summer of 2024.

As the name suggests, they will operate services across the Atlantic, seemly creating their hub at Belfast International Airport.

RTE.ie, BBC News and co have the headlines, with the airline planning to operate Airbus or Boeing narrow-body aircraft across the Atlantic, as well as the possible job benefits.

There are things to think about and discuss, however – which could make FlyAtlantic’s plan challenging.

Belfast International is… a tough sell. Since then, others have tried to operate from the airport – namely Norwegian Air Shuttle (when they had their dalliance with transatlantic services with 737s).

Holiday carriers had some luck, with Thomas Cook and Virgin Atlantic also serving the airport, but have retreated since the Summer 2019 season (and Thomas Cook going bankrupt), but again – it is a limited market.

With launch aid – anything is possible (and we all know how useful launch aid is – ask any airline who would like money to operate services from an airport that wants to attract business. However, launch aid goes only so far and requires the airline to show that it can drive its own revenue sources, as well as profit.

There will also be a need to design options for transfers at Belfast International Airport too to facilitate this, if transfer traffic is such a big driver.

Then there’s the matter of the competition down the road…

Belfast International Airport doesn’t exist in isolation – there is an airport with a much wider breadth of services around 100 miles away and across the border. 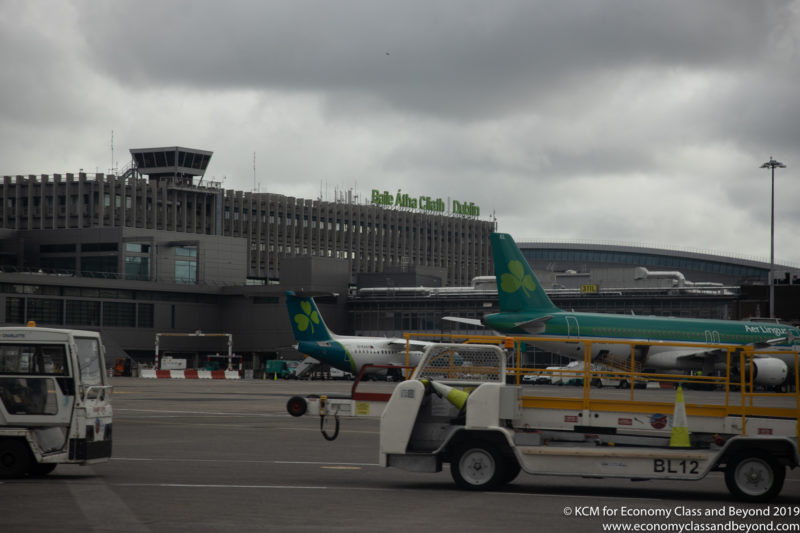 Dublin Airport- benefits from a much wider range of carriers who already serve the airport, as well as established Transatlantic networks and feeder services – something FlyAtlantic will have to build out of nothing.

In addition, Dublin offers something that Belfast doesn’t – US Border Pre Clearance. The time that you spend in Dublin stuck in queues can easily transform into a benefit if you know your entry port is notorious for queues when you arrive (because everyone loves standing in long queues for hours on end after a flight).

I wish them luck

Honestly, I wish any airline luck that is going through its startup process and eventually takes to the air as a commercial aviation service. Competition is wonderful for both the industry and consumers.

It might take a lot to get this airline in the air – and let us not beat around the bush – there will be challenges. Whilst a Summer 2024 start might get them past the peak of the current cost of living crisis, other matters may determine the airline’s outcome before it flies a single mile.

We’ll have to see how the airline pans out – what services it intends to run, its fleet, certificates and so on – as well as the capitalization to make such an airline take to the air.