It’s time for another snapshot of my travels, this time aboard American Airlines 55 between Manchester and Chicago O’Hare.

What’s the difference between a snapshot and a trip report? A snapshot is a very quick overview of a flight, a hotel stay, where a trip report segment is the full on blow-by-blow commentary. Today, it’s a snapshot! It’s British Airways Galleries/Terraces lounge. That’s by no means a bad thing – it’s got lots of seating. Shame about the lack of bacon rolls though. Correct: The old configuration.  I had a buyup offer of $500 to Business class before hand… I ‘m glad I didn’t take up the offer. It’s a screen infront of me shared with the cabin. Not my taste – even if its Pitch Perfect 2.

So I went for something… a little more modern. The headphones… the deserve separate post. Least of all I wouldn’t be happy to use them more than one flight. Second service – a Monty’s Hotbox containing a Pizza Wrap and a cupcake. It was a bumpfest across the pond, with a pretty rough ride over Canada. At least the planes were fitted with old seats, so you didn’t feel like you were sitting on a bench. 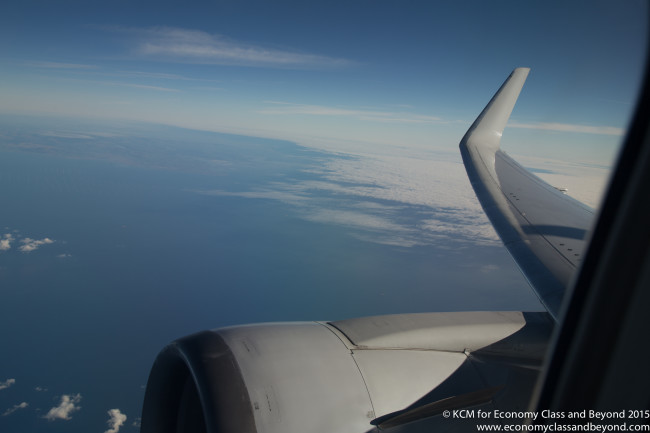 Overall: A reasonable performance, but there are changes – and not just in the equipment, but the catering too. I miss the pizza you needed a serrated knife to cut through…

Look out for the full trip report in a couple of weeks!