Time for a new series of snapshots – this week we’re going to look at my trip to BAcon in Washington DC.

For those of who’ve forgotten…

Boarding was from Terminal 3 at Gate 55 at Manchester Airport. Boarding process was maintained and honoured – however, the boarding was delayed.

This is a refurbished Airbus A330-200. Compared to the one flown a few weeks ago, this had been refitted with the new seat covers, carpets and updated interiors. However, the seat is still the same seat at the end of the day – and that means no headrest. 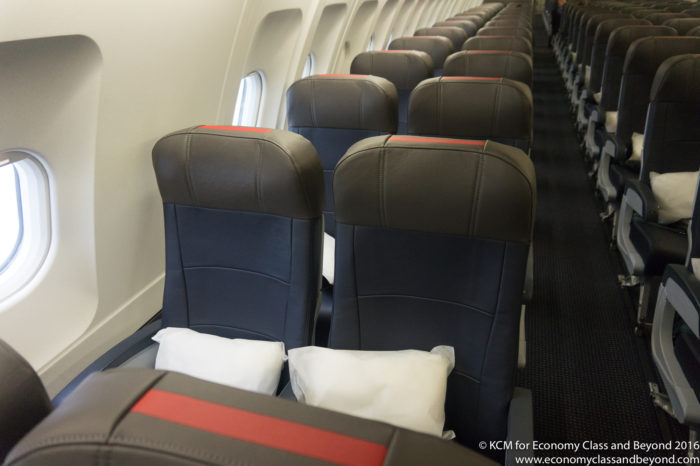 Legroom thankfully has not been compromised on this plane. Cabin is still an Airbus A330 cabin. This plane had been refitted with the new American Airlines cabin. And yes, that means individual air vents; however, no adjustable headrests.

It was *quiet*. I’d say the plane was around half full – with lots of space in the top end of the economy class cabin

Not at all. We were two hours late before departing.

If there’s one thing I’ll give this crew, they kept everyone well fed and watered. IFE was powered by a Panasonic ex2 System. Unlike the plane I was aboard a few weeks earlier, this version of the system worked and didn’t crash 30 minutes into the flight. Headphones were sponsored, and supplied. USB Power at seat was available at all seats. No mains power however. It was a bumpy ride over the pond to say the least – but at least the crew were allowed people to lower binds, and telling them to open them at meal time.