Into the USA and the Avid Hotel, Chicago O’Hare
Fall fun in the Windy City

It’s Wednesday and we’re in the middle of a trip report, so it must be time for an Airplane Art Special.

We all know this bit. Don’t we? No? Well, let us start at the beginning.

For those who are new to this blog or those who need another reminder, I noted the Hyatt Regency O’Hare can be more than a little to Aviation Geeks who love photographing or spotting aircraft – as the hotel is in the direct flightpath in and out of O’Hare, sitting between 10R/28L, 10C/28C, with views out to 10L/28R depending on which side of the hotel you are facing. And also on the wind direction. Such as this day – the arrivals are eastbound (or have to loop around to reach the airport). Although you will get some interesting angles of aircraft taking off… 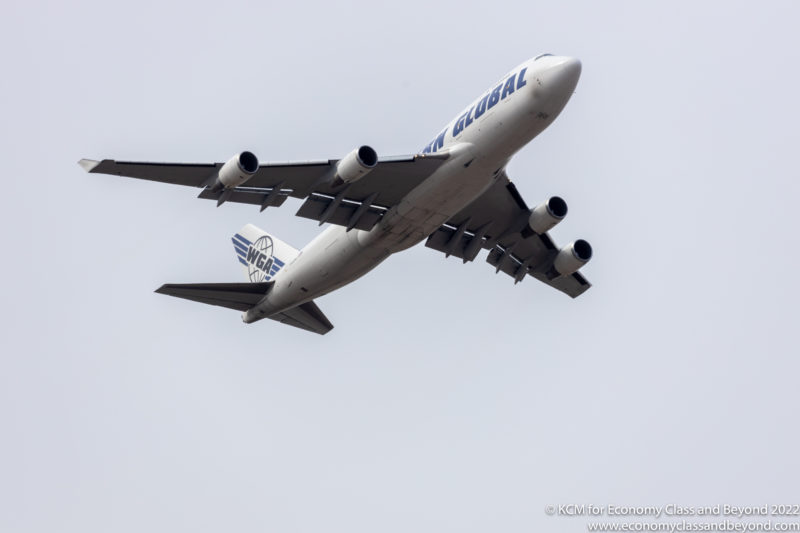 Western Global Boeing 747-400F taking off from this angle. This day is a lot better, as aircraft are arriving westward – which you’ll see in the images in this post.

This time, I was facing towards O’Hare International airport, which meant I had excellent views of aircraft on approach to 10R/28, at the expense of anything else. There’s no “right answer to which way to go – depends on the traffic you want to collect. This one is good for a mixture – of regional, national and intercontinental traffic.

Also, it’s a chance to spot aircraft I don’t see every day. One can only be interested in British Airways, Ryanair, easyJet and Jet2so many times before getting bored.

Why don’t I upgrade? Cost mainly, to put it bluntly. High-end-zooms (or even fixed focus) cost serious money. At the moment the 100-400L is working very well for me (although I won’t like and say I’m not tempted by the Canon 600mm F11 lens – or at least hiring the thing and trying it out in sunny weather, as it has its own issues).

Also, RF glass is very much still in the premium pricing tier. EF L Series lenses on the other hand are starting to lower in value at last.

So, what did I spot? Here are some edited highlights over a few days. As usual, these have all gone through Adobe Lightroom as my image processing engine. Although the O’Hare region is good for aircraft spotting anywhere. Even when in the car park, waiting for a Lyft… Shot near the Allstate arena.

Overall: The O’Hare area offers great opportunities for those who take aviation photos to keep busy, as well as see a slice of life. Having a hotel room you can go straight back in when it is chilly straight away is a big help though.

Just make sure you’re not looking overly suspicious though.

Next: More Photography – this time with the iPhone 14Pro camera at night.
Subject to change – there maybe a shuffle over the next couple of days).